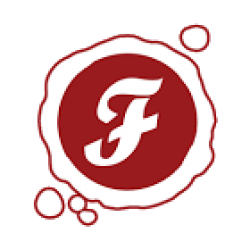 Forgotten Books is a publishing company dedicated to returning lost works to print. More than just the classics this includes both fiction and non-fiction in every genre, from steam engines to ancient philosophy.

Some of these works need no introduction, while others have been unjustly forgotten by history. Hidden gems of literature that remain undiscovered by the mainstream.
0 BOOKS

5 Beloved Authors and Their Forgotten Books

It is our belief that no book should be forgotten, no novel overlooked and no story unnoticed, so to start our journey of (re)discovery here is a list of authors that you should know and their books that you might not.

The great Mary Ann Evans, or George Eliot as she is more widely known, is often renowned for her 1859 work Adam Bede, however we recommend you have a read of her Italian Renaissance classic Romola. This is a beautiful work set in 15th Century Florence, following the turbulent life of strong female protagonist – the titular Romola. Whilst not her most famous work, it has been attested to be her greatest piece of writing, with political, religious and philosophical themes analysed throughout the work.

It is an unarguable truth that when many of us think of Charlotte Brontë, Jane Eyre is the first title that jumps to mind. Whilst it is undoubtedly an impressive novel, we suggest you slip between the pages of Villette and follow protagonist Lucy Snowe on her journey to teach at an all-girls school in a French speaking, fictional Belgian village. This interesting novel follows many themes, such as the effects of rebellion, loneliness and displacement on Snowe’s psyche.

Herman Melville – Pierre; Or the Ambiguities

Moby Dick and Typee are popularly considered to be Herman Melville’s most famous works. Although not recognised at the time and generally very poorly received, Melville continued to write and followed ‘Moby-Dick’ with Pierre; Or the Ambiguities, a sexual and psychological fiction that pushed the limits of his already tense readership. Today his works receive a much more open minded view and it is felt that Melville was attempting to express his own confusion and insecurities within this novel.

The incredibly accomplished Edith Warton provides many great reads, such as Pulitzer Prize winning novel - The Age of Innocence. Along with this she wrote fourteen other novels, seven novellas, and a staggering eighty-five short stories. Of these we advise you try her emotional romance novel The Reef. A tentative trip down the road of love that is in part autobiographical and based on Wharton’s own experiences with love and heartache.

Our final recommendation is by the famous American novelist, Mark Twain. Author of well-known classics The Adventures of Tom Sawyer and Huckleberry Finn, Twain is a common household name around the world. The double accompaniment presented here started its life as a single story, however, whilst writing Twain realised that there were actually two stories entangled with one another. He separated out the two and this is the resulting book. Pudd'Nhead Wilson is a gripping rags-to-riches tale, rife with Twain’s iconic dry humour and satirical wit. Its accompaniment ‘Those Extraordinary Twins’ is the short story that Twain had intended to be the sole focus of the book; it is not the full story he had envisioned but is included as tribute to the origins of the finished book.